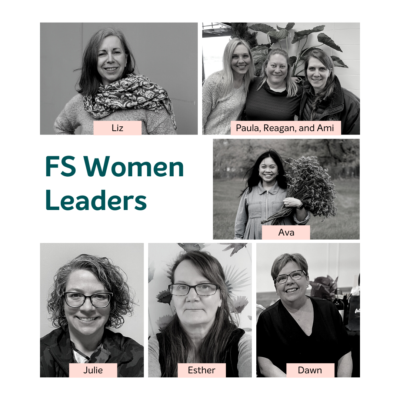 Every Women’s success should be an inspiration to another. We’re strongest when we cheer each other on”

What is International Women’s Day and Why we are Celebrating

International Women’s Day (IWD) is a “global day celebrating women’s social, economic, cultural and political achievements.” In an industry where over 70% of florists identify as a woman, It is important we contribute to this day by celebrating floral workers’ achievements. Doing so can inspire others to dream and achieve in and outside the floral world and help break bias around gender.

With 76% of our workforce identifying as a woman, we believe our strong, talented, and amazing women leaders should be celebrated. Without them, we would not be where we are today, and we hope their successes can inspire others.

See some of our talented Women Leaders by scrolling down!

IWD was first celebrated on March 19, 1911, in Europe, galvanizing millions of women to protest and fight for their rights. It wasn’t until 1917 that March 8 was designated IWD following the “bread and Peace” strike in Russia that granted women the right to vote. This date became internationally official when the United Nations recognized Mach 8 as IWD and is now observed by its member states.

Today, IWD has progressed from trying to increase women’s equality to a focus on gender parity. It is a day to applaud the achievements of women but also to raise awareness of continued inequity.

#BreakTheBias is this year’s call to action that asks you to actively call out gender bias, discrimination, and stereotyping. This theme was created to bring awareness that knowing of bias is not enough, and actionable steps must be taken if we wish to break the bias toward women. Internationalwomensday.com is asking for your support by Striking the IWD 2022 Pose and sharing your #BreakTheBias media to encourage others to forge an inclusive world. Visit Strike the IWD #BreakTheBias pose to learn more.

The Flower Industry’s Impact on IWD

Flower-giving has become a way to honour women on IWD. It serves as a purpose to show your appreciation for strong women and helps support a women-dominated industry.

We also have a strong complement of women who lead in sales, service and supervisory roles throughout our branches and Head Office departments.