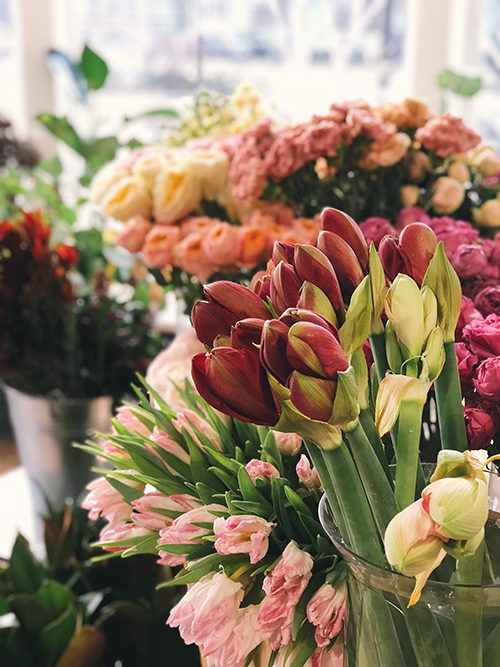 The Chicago Tribune recently reported on Florists’ Transworld Delivery’s (FTD) announcement that they could potentially go out of business or shrink its operations if they’re unable to find a buyer or raise money by June 1, 2019.

FTD has been an industry stalwart, with its roots tracing back to 1910.

When I joined the floral industry in 1995, florists would debate such things as which “wire service” was best for them, and whether they should have multiple wire services. Choices included FTD, Teleflora, AFS and Redbook.

FTD was likely top-of-mind for consumers at the time. The gold “Mercury Man” logo was often recognized by the public through FTD’s advertising campaigns. I don’t think the public fully knew what FTD was other than they involved flower delivery. I know I didn’t before joining the industry.

Whether it is was the gold logo, or my perception, FTD seemed to be the standard that other wire services aspired to reach. FTD often led the industry in event sponsorship, and top FTD floral shops were treated to extravagant annual meetings.

Wire services provided a means for florists to exchange orders with florists in other cities and countries. At first, florists exchanged orders using telegraph. Wire services introduced computers and shop software to florists, allowing them to take advantage of new technology available at the time. I recall vividly a florist telling me they were paying $300 a month to FTD for what was then a 386k PC from a wire service. At Florists Supply, we were buying the same machines outright around $1700. I didn’t think what FTD was doing was fair, but the florist needed the computer for sending and receiving the orders and didn’t have any other options.

Things changed when the World Wide Web came along in the 1990s. With a simple search, consumers could find florists in other cities and countries on their own. Florists began realizing the internet’s potential, and began reducing the number of wire services they subscribed to. The wire services attempted to hold the florist subscriptions by promoting web store development on their platforms. Some florists kept their wire service, and hosted their web stores on the platform they provided. Others shunned the wire services altogether, and created webstores independent of any wire service involvement.

The internet did not end the debate about wire services, but evolved floral businesses to either use this new online channel independently, or continue working with a wire service. Florists felt a wire service may lead to increased sales despite giving up a portion of their gross margins, but they also knew sales orders gained and filled independently came with full gross. The pre-packaged solution for their web store needs provided from a wire service also saved them time to learn how to develop or find their own floral e-commerce solution.

With a decline in florist subscriptions, the wire services launched their own websites and began collecting orders directly from consumers. This led to florists taking fewer wire service orders directly from consumers. Taking an order and simply sending the order to another florist for 20% commission was more profitable than filling the order. Theoretically, in a perfect world before the internet, the florist pool within a wire service would send as many orders as they would fill.

With the introduction of online order gatherers, including wire service websites, florists received less orders directly from consumers linked through wire services, but still needed to fill those fewer consumer orders. This fueled even more florists to drop their wire service, or paused this service during the holiday season when their resources were maxed by independently generated sales that produced full margins.

Wire services also looked at other ways to increase declining revenues including competing with floral wholesalers for fresh flower and container sales. Their fresh flower attempt was not very successful in our trading area, although I can’t speak for the rest of Canada and the United States. Novelty containers promoted by wire services needed to be purchased through their platforms. Florists became concerned about case quantities, and freight costs. Importers and wholesalers then competed by replicating novelty FTD containers and sell less costly substitutes where possible.

In 2014, FTD began to sell directly to consumers by purchasing ProFlowers and its sister brands, Shari’s Berries and Personal Creations. How far is FTD now into the consumer market vs. florist market? According to FTD’s 2018 fourth quarter and full year financial results, its U.S. Consumer Segment generated $727.9 million in sales, Florist Segment generated $150.3 million for the year, and International Segment generated $151.1 million. The Consumer segment generated approximately 73% of FTD’s sales.

I’d never wish financial duress on any company. It is difficult to see a company fail, even harder when that company was and is a major part of our industry. On the other hand, it is hard to fathom how a company with a $1.01 billion of sales is not successful. I also wish more of those consumer segment sales were captured independently by retailers.

For those that have continued to subscribe to FTD as their wire service and web store developer, there is a new debate. Do we believe FTD can weather this financial storm and survive?

If FTD doesn’t survive, do we need to continue with a wire service in 2019? If yes, do we look to Teleflora or a new alternative such as FlowershopNetwork.com? If a wire service isn’t needed, then what will replace our existing web store “Powered by Florists’ Transworld Delivery, Inc.”?

If FTD does survive then business as usual. In this scenario, I would say FTD has created some fierce loyalty. I hope everything works out for FTD and for your floral business.